Friends, I have great news. SplashMaps will be joining us as a new #geomob sponsor!

Regular attendees will know Splashmaps, their founder David Overton is one of the very select group of two time #geomob speakers. More generally they are a great story of geo innovation: taking their concept of fabric maps from idea, to one of the UK’s first successfully funded kickstarter projects, to growing business over the last year. The geomob community played a role in helping them build their initial momentum, and as such we’re delighted to welcome them to the sponsors list along with OpenCage and knowwhere Consulting.
To celebrate the new relationship, but also to kick off #mapmas - that time-honoured annual season of geoinnovation! - Splashmaps have agreed to offer a 10% discount on all orders from their online shop. This is fitting as it is difficult to imagine a better geo gift. To receive the discount code please send a direct message to the geomob twitter account.

Splashmaps coming on board is also good news because, as those of you who attended the most recent events have noticed, the geomob crowd has slowly but steadily grown. The number of people doing cool things in geo in and around London seems to be exploding and we’re proud to be a forum for those on the cutting edge. As such in 2014 we will be moving to a more frequent event schedule, aiming for six geomobs a year rather as opposed to the quarterly schedule of the last few years.

The details of the first geomob of 2014, taking place on 14th of January, are all here, and you can also already sign up for the March 18th event as well. In both cases we are fortunate to have an excellent roster of speakers assembled - a great mix of geo innovators from across the full spectrum of start-ups, academia and hobbyists. As a further part of the SplashMap sponsorship package, speakers will be offered a substantial discount on SplashMap’s new Make-a-Map service. All the more reason to volunteer the next time you’re doing something geo related worth talking about. 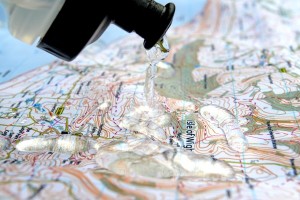 SplashMaps - maps made for the real outdoors.

And with that I close by wishing all geomobsters a delightful holiday season. Many thanks for our sponsors (old and new), our speakers, our hosts (UCL, Google Campus, and the BCS) and most of all the geomob community for making 2013 a great year.

I look forward to seeing you all on the 14th of January.

Geomob is made possible by: